Today is Sunday and I was involved in a community engagement event with a government department and a community adjoining a newly announced National Park. The draft plan was the focus and topic and conversation.

Learning #1 – The surf was pumping … the surf is always going-off when I accept weekend jobs! Note to self … say no to weekend work in future 🙂

I was involved in 3 of these Community Engagement events which were wonderfully orchestrated by Carla Rogers using her version of the Open House (aka iForum) event. I was in the wonderful position of being a co-facilitator … a hired-gun … a second pair of eyes and a second voice.

Learning #2 – Work more often with others facilitators & encourage clients to go the extra step and employ 2 facilitators for BIG events. I learned heaps about a new way of engaging with communities. I learned much by watching Carla.

The Space Invader part of the story …

We (Carla, me and 12 staff) arrived at the venue to set up for the Open House. An organised protest-group were there to greet us with a tent, placards and protest forms. They (somehow) managed to “hire” 2 rooms within our venue and secured the main 2 entry points to the inner sanctum of the Open House. What to do? Improvise!

Carla and I rallied together the troops and called for calm … in fact we put on our hats of compassion and continued to smile through it all. We found a rarely used rear entry point and threw our resources at getting that functional. We continued to Improvise … all our plans, in the heat of battle, had the be altered.

The protest-group (aka Space Invaders) slowly self imploded as the day wore on. Our invisible entry point became the community’s sole focus and their protest became silent. Within, their ranks became embarrassed as they realised that our engagement process was working. By 2pm today, their leader had lost his power and the term “losing face” was overheard. 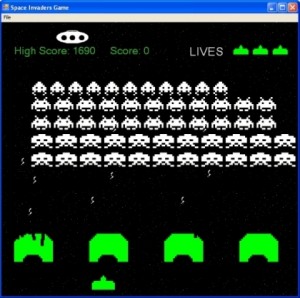 Learning #3 – Improvise. Ensure you do enough planning (eg. resources in place … know your message) BUT always be prepared to throw out your plan on the day.

Learning #4 – Accept all offers (even the Space Invaders) – Once it was clear we could do nothing to remove the Space Invaders, we quickly re framed and said in a very Ben Zanderish kind of way … “How Fascinating!!” Once we let go of our control of the venue … we just got on with it and did the best we could. And we did good!

The Holding SPACE part of the story … Like the Aireys Inlet Music Festival, Carla’s Open Houses pay close attention to space. The Open House allows conversations and engagement at a wide range of levels. It feels like a community market place with a Cafe area, Graffiti Wall, Information Tables with maps/info and staff to answer questions about the topic. At the front end everyone gets an overview/tour and then participants “self organise”. In some place it feels like an Open Space workshop where people take responsibility and use their feet to go where they feel most engaged.

It wraps up with a 1 to 2 hour facilitated workshop for those want a more in depth discussion and a chance to engage with other’s in their community.

Learning #5 Self Organising Spaces work! – The Open House Space is interesting and it allows people to explore a topic and behave like they do at a community market, or in a coffee break. It allows people to self organise and take responsibility for getting the most out of their time.

Learning #6 Be prepared AND respond in the moment – Carla and I drew up simple workshop plans for each Open House event. We really liked each plan too. When the workshop time arrived … we changed it! We responded to the weather, to the space and to the size and general mood of the group. Our planning gave us the freedom to move and improvise in the moment.

I’d love to hear about moments in facilitation where improvising worked for you!