The Fun & Improvisation of a Music Festival – the backstory 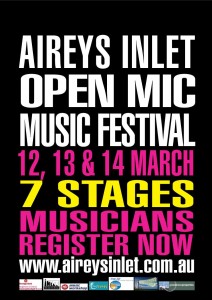 Over the weekend, myself and Marty Maher and a bunch of other volunteers stage the 3rd annual Aireys Inlet Open Mic Music Festival. Apart from being an absolutely outrageous success, it was loads of fun and we designed and staged it all without a Steering Committee (yaaay) … or a detailed strategic plan for that matter! 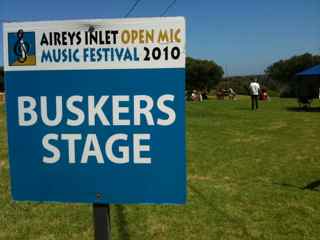 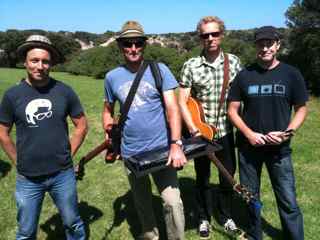 Marty has grown and nurtured this event from a seed … an idea that Marty had (and he has lot’s of them). The core of that idea assumes that there are loads of musicians out there desperate to strut their stuff and play music on stage in front of a festive crowd. It’s not about big-noting … it’s about sharing their own material. 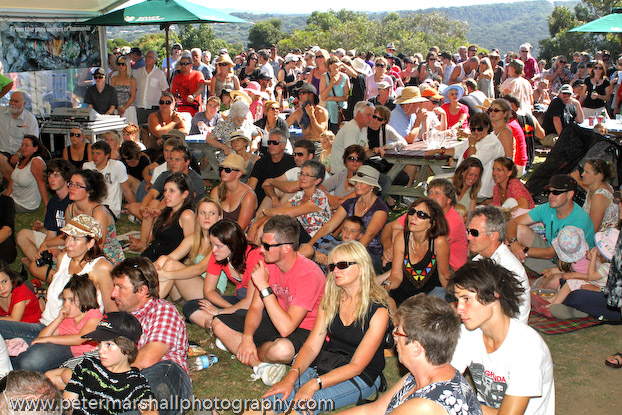 Music venues are hard to find these days. Music events with a great stage, great sound and an attentive audience are even rarer! So, this event fills that gap in the market. Most music festivals are predominately the realm of the ‘professional’, or at least the domain of the consummate ‘amateur’. This event is space where any ‘passionate amateur’ can register, show-up and play.

Marty detests being on committees and working groups … so do I. This event came together because Marty, myself and few others were willing to take responsibility for getting things done. We are passionate about the idea and, through many conversations and catchups over coffee, we got things done (I cannot remember having any official meetings, no personality clashes, no grievances and not one written agenda). Critically, we trust each other and therefore we build on each other’s ideas. We say ‘yes’ and we rarely block each other. There were some things about this year’s festival (such as the huge stages at the Bark Hut and Skate Parks) that I was scared of – instead of blocking I trusted Marty’s vision. My new green-contribution was a ‘trial’ shuttle bus to run between venues and out to nearby townships. Marty could have blocked this idea … instead he said ‘yes’ and allowed me to take full responsibility for making it happen. Saying ‘yes’ to each other when designing an event like this leads to trust, creativity and adventure!

From the beginning, Marty has repeated what this festival is about to everyone … “It’s simple! It’s all about the music!” he would say. This core idea is our filter for what we accept and block as the offers come in from each other and from outside.

“How about we have poetry readings and book reviews?” someone offered. Nope! That’s outside of the core idea.

“A shuttle bus to move the masses between stages?” Yep! That’s all about getting punters to the music! 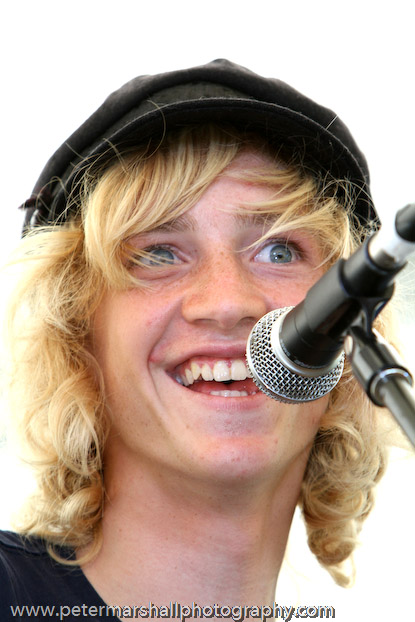 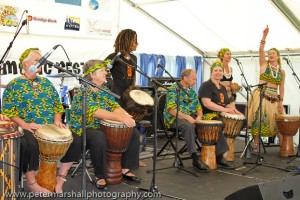 Being prepared rather than having a plan

I’d being kidding myself if I said we had no plan for this event. Of course we did. But, the plan was designed to be changed at a moment’s notice. The other approach we took was to make the whole event as ‘lightweight’ as possible. We systematically stripped away the superfluous and the stuff that wasn’t needed. We were left with the core design elements needed to make it work.  Spaces that were safe, a stage, shelter, a sound systems and an engineer to run them. Local business were able to provide food and drink which took another logistical nightmare off our hands.

When we sketched the overall design of this year’s event, many steering committees would have insisted on a detailed analysis of risk and contingency plans in case things failed. Well, we did the former and ensured we put safety first and got all the right planning permits etc … (big thanks to Jim Lawson at the Surf Coast Shire for help here!). Once that was out of the way, our mindset and plan was simple – create the right spaces, buy in the people and skills required and create a compelling invitation.

Cars and people don’t mix. Cars make noise and pollute. Cars and music don’t mix either. This year I trialled a 12 seater Shuttle Bus. With a squadron of 6 volunteer bus drivers, we marked out a simple route between the venues and out to Fairhaven and Moggs Creek.

We spread the word to ‘get on the bus’ and created bus stop signs. We had no idea if people would use it?

Use it they did! In their droves, people boarded the bus and dispensed with their car. It also created another space in which people could mix and chat. Next year, the fleet of buses will expand (to 2) and I have plans to bring in a large fleet bicycles as well.

The unintended benefit in the bus was the feedback we we got from bus drivers. Because they were talking with people and observing what was going on around the whole town, we had the ability to respond to things quickly. The unexpected will always happen at an event of this scale … you need to find ways of ‘noticing’ what is going up and down! 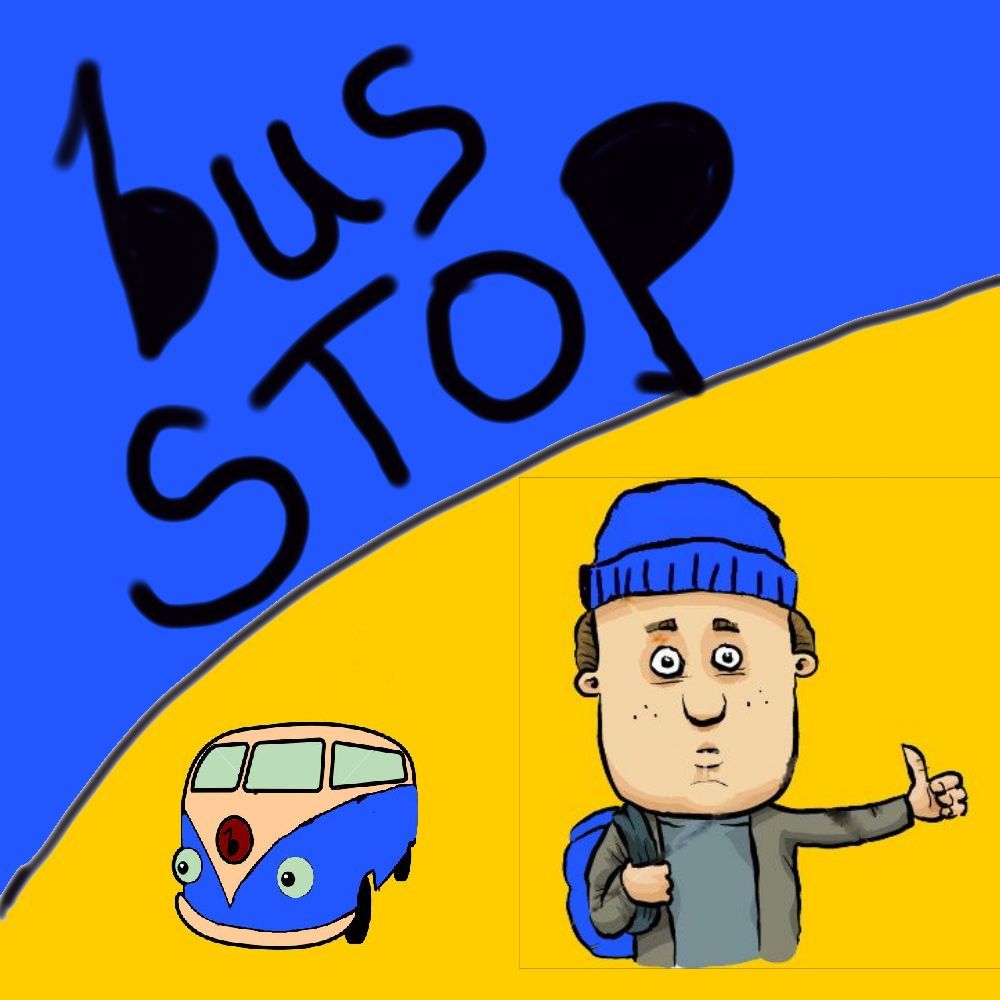 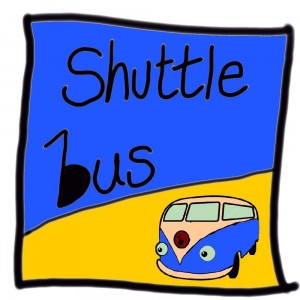 Getting the musicians was simple. We will provide a great stage, the best sound and an audience … in other words, we’ll do everything we can to make you look good! Within weeks Marty had 120 registered acts. And by the way … 120 acts showed up and played!

Getting the audience made us nervous. In years 1 and 2, our numbers and message built slowly. We attracted enough music lovers to make last year’s event successful and the vibe was great. How many would come in 2010 was purely guesswork.

Marty did a great job with the traditional media, Jason Coulton (Boojum) created our great website for free and I handled the Twitter and Facebook stuff. In the week leading up to the event, word-of-mouth was buzzing.

Once I get the official figures, I let you know.

Part of Marty’s plan was to advertise a ‘mystery special guest’. For weeks we kept the secret and then slowly we ‘leaked’ clues to the grapevine – like cabinet leaks budget information to the media! It’s amazing the buzz this little strategy created … but we had to deliver.

Enter Colin Hay! Lead singer and songwriter for Men at Work and one of Australia’s greatest ever bands from the 80’s.

Colin agreed to show up and play a 40 minute set. He liked the spirit of the festival and his performance with his band was everything and more. Colin was part of something pretty special and I reckon he and his band sensed it when they arrived. Thanks Colin! 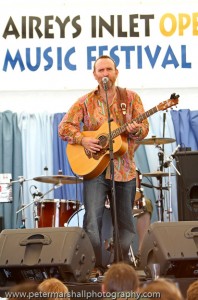 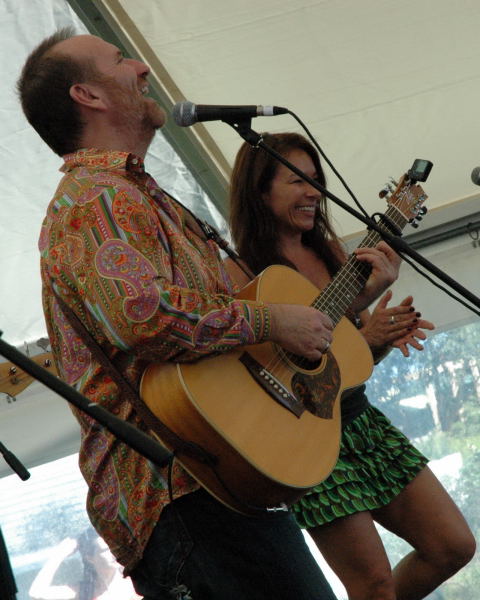 Showcasing the spaces Aireys Inlet has to offer

Aireys Inlet is blessed with some of the most beautiful parks and vistas anywhere. Marty was keen to showcase the best spaces Aireys has to offer. So, this year we erected 2 large marquees at the Bark Hut park and the Skate Park. We added a stage and a kick-ass PA system run by a professional sound engineer. Here’s the view from the Skate Park Marquee … 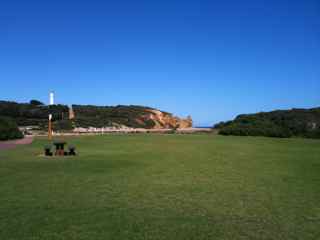 The Open Mic doesn’t cost the ‘punters’ to attend and it doesn’t pay performers to play. Everyone participates under the banner of ‘The Gift Economy’!

We have copped criticism from some quarters on this. I spend hours every week reading and writing blog posts and this has become a key part of my business. Many of my clients (both past and potentials) read what I have to say. My blog is all part of who I am. The time and ideas that I give away, come back to me in spades.

Performers that ‘show up’ at festival like the Aireys Open Mic may not earn any money, but their brand shines as a result.

The ‘Stats’ worth mentioning – “Not everything than can be counted, counts” A. Einstein

1000 people at the Sunday pm session

The Aireys Hotel ran out of glasses by 10.30pm on Sat night … and later they ran out of beer!

The feedback from everyone has been overwhelmingly positive like this email …

“It was a truly community event. Because you committed to a high-quality sound/stage system, the open mic performers felt looked after – this is pretty rare in the open mic world I believe. The stages were brilliantly situated, and Geoff’s bus initiative was a great success.
I appreciate the many hours you must have put in behind the scenes to make this happen.
I’ll prize many moment from this festival – getting a harmonica lesson from one of the best players I’ve ever heard, seeing Tim and band make it up as they went along and *still* wow the crowd, being within spitting distance of Colin Hay and his stellar band, seeing astonishing talent like Dylan Hammond and the Giullano Project playing for free. And just hanging around the pub on Sunday afternoon with a bunch of great locals and visitors.
Good work.”

Even though our catch-cry is “It’s all about the music” … this festival (like any event that brings people together) is all about people and relationships. Music brings diverse groups of people together like nothing else. When you bring people together around a social object (in this the social object is live music) … conversations happen and relationships get stronger. Events like the Open Mic bring community together and give it a lift. Apart from being exhausted on Monday morning, most people were still ‘buzzing’ and feeling proud about what happened last weekend. 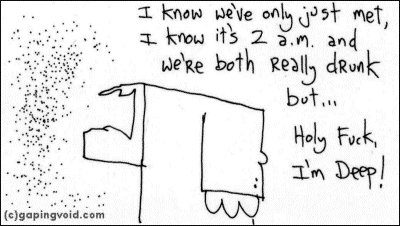 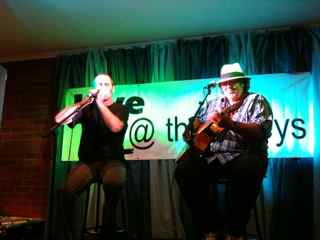 Peter Marshall has gone out of his way to share images from this year’s Open Mic. Thanks Peter and here’s a link to the stream – http://www.petermarshallphotography.com/0-AireysInlet-OpenMic-Festival-20100313-14/index.html

We also set up a Posterous Blog so that anyone could email in photos. Here’s some more snaps – http://aireysopenmic.posterous.com/?page=1

It will be happening again folks … stay tuned 🙂