I am a big fan of Hugh McLeod’s work over at Gaping Void. Today’s ‘daily cartoon’ sums up much of what I and others have been blogging about recently. 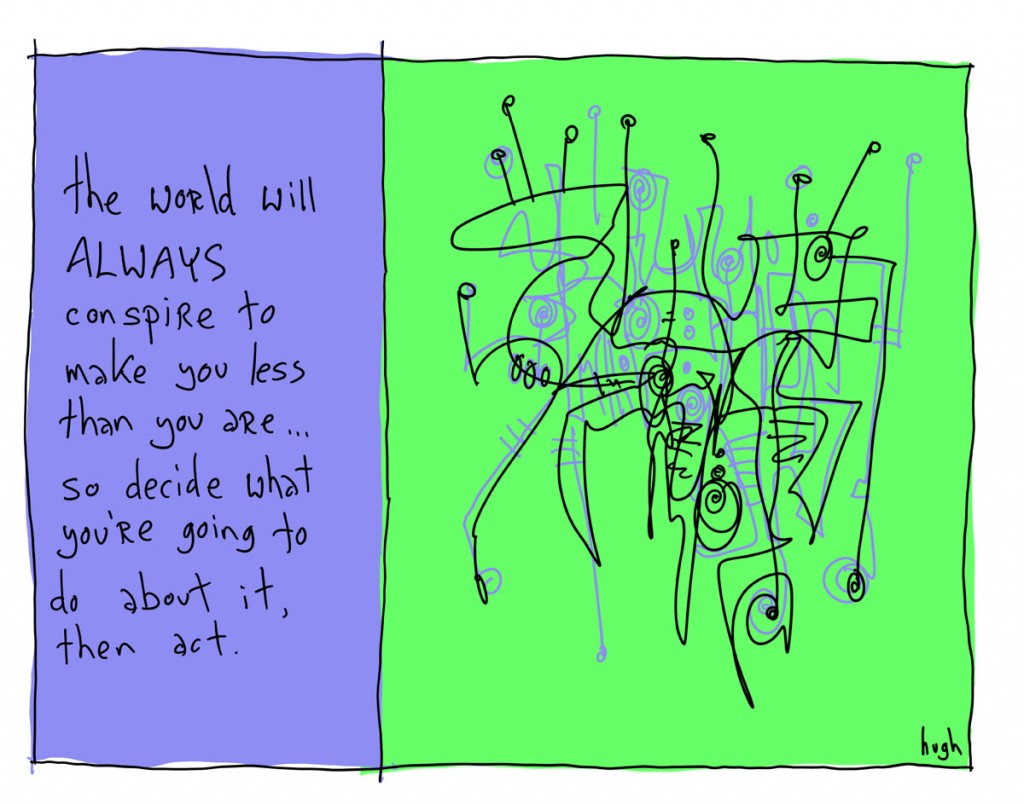 And Hugh’s words that accompany this cartoon …

“Success for me was a log time coming. It probably took three times as long than it should have, maybe. “Better late than never” and all that…

That “the world would ALWAYS conspire to make me something less than I am”, was something I learned very early, the hard way.

Fort the longest time, I was quite angry and bitter about that. I was young and stupid then, of course.

But eventually I realized, hey, it wasn’t just me. It conspires against everybody.

It’s one of those lessons that in an ideal world, it should take you a minute. Instead, it often takes decades.