After 5 years of working for myself, planets have really started to line up. Once fragmented pieces of work, and the networks of people, are connecting.

The 2 pieces of work I refer to are ‘facilitation’ and ‘behaviour change’ (in the context of people and communities tackling climate change).

For the part of my consulting work that we habitually label “behaviour change”, whole conferences are being planned right now to better understand it and measure it! For my part, I hope we can coin a new term that better reflects a broader social context. 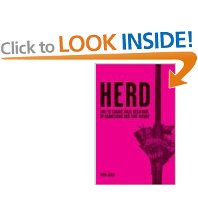 In reading through some of the comments, it’s clear we all have our own mental models of how we think behaviour change happens. I liked some of them too and I like Mark’s 4 points that got the conversation started …

“1. most start from the assumption that the individual is the right level of granulation for studying behavior (and thus behaviour change). Fine, if we were a solitary species of independent agents but (as we argue here regularly) this doesn’t appear to be a good characterisation of Homo sapiens. We are a social species – more so that most of our relatives – and we do what we do in the company and under the influence of others (real or imagined). Most of human life is – as Oscar put it – a quotation from the lives of others.”

Me: Maybe we should be looking more to the fields of Anthropology and Sociology. Much of what I see/read about behaviour change is grounded in human psychology which focuses at the that level of  ‘individual granulation’. I’m with Mark, the individual level is too fine to be useful.

Maybe we should apply some “double loop thinking” here and NOT just modify the TOOLS to enable behaviour change, but instead change the GOALs of our projects. Is our direct goal really about the ‘changed behaviour’ … Or … should it be about connecting people with people first. Maybe our goals should be to form Tribes and incite Movements rather than delivering yet another behaviour change project. Yes, our projects are ultimately about changing stuff, but maybe we should first be measuring success based on the stuff that sets the foundation (or platform) for longer term, sustainable change. Here are some alternative outcomes against which we could measure our projects’ success:

*the connection between and level of communication between participants ; *the amount of stuff (related to the thing we want to change) produced by participants – that then gets shared with others ; *the social network map of people, groups in that community – and how does influence spread ; *as project coordinators (or Tribe leaders), our willingness to SENSE (ie. ‘watch, listen, learn’) to what actually happens AND THEN the extent to which we act upon new information and RESPOND ; *the extent to which participants lead from within the project – and what we do to enable this ;

2. most of the fancy models touted aren’t behaviour change models at all but rather “how to change people’s behaviour” models: in other words they presume that change is something generated largely by external (“exogenous”) forces and (hate the word) “levers”.

Me again: “Stop saying it and stop trying to ‘pull magic levers’ to change people’s behaviour!” We need to let go of control a bit here and listen to people like Seth Godin (in Tribes) who says things like … “They (the people you are trying to change) don’t care about you (or your project)!”

Probe (with lots of little safe-fail strategies) … and Sense (observe and measure the ‘weak signals’ that result in real time) … and Respond (do something … anything to support favorable outcomes and dampen negative ones).

We could learn much from Improvisational Theatre when planning and running ‘behaviour change’ projects. And I’m off to Portland (Oregan) in the USA for the annual Applied Improvisation Network Conference in November. Will write a-plenty upon my return.

3. as a result most ignore the changes in behaviour that arise without external interventions (such as marketing), assuming that this cannot amount to much. Yet these changes are happening all the time in all aspects of our lives.

Me: 3 months after we started the Castlemaine 500 project, Al Gore hit the local scene with an Inconvenient Truth and 2 months later Mr Stern released his report. We went from ‘scarce news’ about climate change to ‘media saturation’. The streets went from ‘just a few’ conversations about carbon emissions to a whole town and country ‘buzzing’. So who had the biggest impact here? C500 or the media and marketing surrounding Gore and Stern?

4. Few admit the enormous failure rate of attempts to change people’s behaviour – in marketing, in public policy, in (change) management and in our daily lives. It’s really hard to set out to change behaviour – far better to help the behaviour change itself, don’t you think?”

Me: You decide if the Castlemaine500 report admits it’s failures or not. You can download it here (or contact me and I’ll send a free copy of the book) – Link to C500 Report post

I like Clay Shirky’s quote about failure which goes something like … “You have to try with lots and lots of little strategies and fail informatively, like leaving a skull on a pikestaff somewhere for you and all to see (and learn from)”. The key message here is that nearly every project that sets out to ‘change behaviours’ will fail and fail often! So for me, the question comes back to our goals … are we setting the right ones?