I am not a huge fan of ‘ACRONYM’ models, but this framework – called SCARF – from neuroscientist David Rock is one of the more useful ones.

As many of us, within the Anglesea and surrounding communities, unite to SHUT DOWN the Anglesea power station, we discover that some people see the world differently to us. It’s easy to take the moral and intellectual high ground and say “We’re right and they’re wrong!” … but that sort of thinking will never unite a diverse community of divergent views. Applying the SCARF framework to our engagement strategy will help.

Here is a summary of this document by David Rock – http://www.davidrock.net/files/09_SCARF_in_2012_US.pdf – I have taken direct quotes and added a little of my own interpretations as well …

The SCARF model is a framework that can activate a reward or threat response in social situations. SCARF can be applied in any situation where people collaborate in groups such as at community lead rallies and information nights. The SCARF model involves 5 domains of human social experience: Status, Certainty, Autonomy, Relatedness and Fairness. Here’s a brief description of each domain with a footnote … advice for any community leaders who are trying to SHUT DOWN a local coal mine and power station.

Status is about the relative importance to others. If people feel left out, or in a minority group at a social gathering, the associated drop in status generates a strong threat response. When threatened people often defend a position that doesn’t make sense to avoid the perceived pain of a drop in status. If leaders wish to influence other’s behaviour, more attention must given to reducing status threats in social situations.

Certainty concerns being able to predict the future. The human brain craves certainty so that it can predict the future. Without being able to predict, the brain uses far more resources and energy to process our experiences. So, as our community lobbies to SHUT DOWN the local coal mine, it opens up new and uncertain future scenarios. Large uncertainties like this one can be highly debilitating and cause people to stop listening and snap judgements. This is why we must communicate and discuss plausible and relevant future scenarios that don’t include a coal mine.

Autonomy provides a sense of control over events and a sensation of having choices. As soon as a participant at a community event feels a reduction in autonomy (with no sense of control), the experience can be threatening. When inviting people to take action, statement like “this is what you have to do now!” should be avoided at all costs. Providing people with a choice between different options can shift the perception. The set up of the room and types of processes used also plays a significant role in the experience people have.

Relatedness is a sense of safety with others, of friend rather than foe. In the absence of safe social interactions, the body generates a threat response. People naturally like to form ‘tribes’ where they experience a sense of belonging. So, as Anglesea attempts find a community voice, we should be tapping into this tribal sense of belonging. For those opposed to the SHUT-DOWN campaign … no matter what ‘we’ do or say they won’t change! Neurologically, we are wired to adopt messages from those who are ‘like’ us … from the same tribe.

Fairness is a perception of fair exchanges between people. The need for fairness may be the driver behind the formation and energy of the Surf Coast Air Action group and the SHUT IT DOWN campaign. Members of our tribe experience internal rewards for doing this volunteer work to improve our community – born out of a decreasing sense of fairness in the world. For our upcoming event in Anglesea, we need to be completely transparent about our purpose and our mission to rally support Shut the Mine down.

“When will we make the same breakthroughs in the way we treat each other as we have made in technology?”

“The kind of conversation I’m interested in, is one in which we are willing to emerge a slightly different person.” 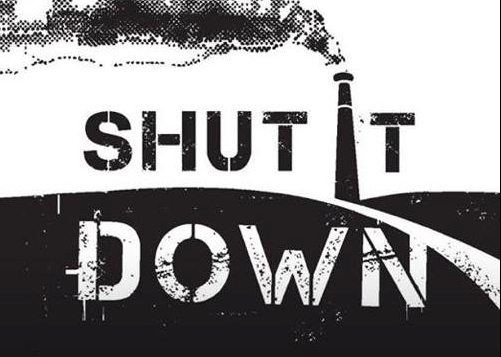