A moment in time

Every now and then, something special happens … and you say to yourself, “I wish I had a camera right now!”

Well, at last year’s Aireys Inlet Open Mic Music Festival, there was a moment when Mark Seymour (yes, the 1 & only) stopped singing for 30 seconds and ‘stared-down’ someone in the front row. That someone was our youngest boy. Young Hamish (now 6 yo) has an uncanny knack of engaging with people of all ages. In his own unique and genuine way, he brings attention on himself. He doesn’t show off and he’s not loud. He simply connects with people and he draws them in.

Mark went on to comment about his little staring game with Hamish and said something like … “You know when look into someone eyes that they are going to be trouble at school!” After Mark’s sensational performance (with his current band The Undertow), we had a photo taken of the 2 of them. It’s nice but it didn’t capture “that” priceless moment during the performance.

A few night’s ago I discovered a treasure trove of images from last year’s festival over at Peter Marshall’s photography website. And there on page 5 was “that” moment – a series of images the captured the essence of engagement. 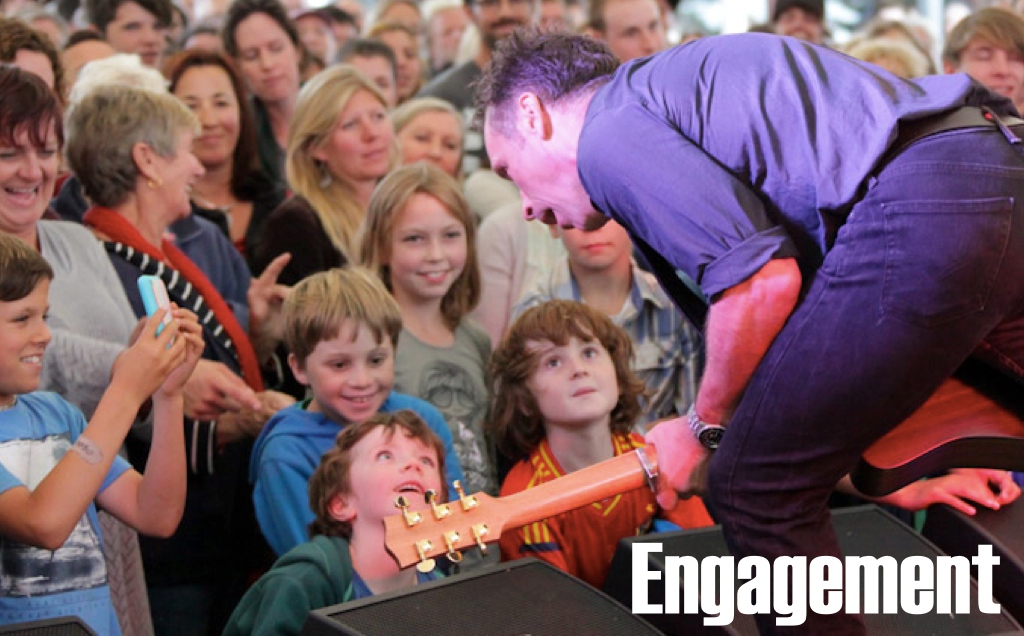