I have written about Vulnerability before, in the context of change and mental models. In this post titled Our Mindset, Mental Models and the Human Condition, I pointed to a great TEDx talk be Brene Brown on Vulnerability. I invite you to watch it if you haven’t already.

Recently I attended the Story Conference in Melbourne – hosted by the wonderful Andrew Rixon. At the conference I was fortunate enough to have my story played back me by Melbourne Playback Theatre. My story fitted the theme of taking Creative Methods to our work and I revealed my inner fears about the first few times I brought improv methods to group facilitation. My story was about being vulnerable, leaning into my own fears and confronting my assumptions.

Last night at the Queenscliff Music Festival I had a realisation (or a re-realisation!). I noticed that the performers who stood out (the ones with that little magic), allowed some human frailty to creep in. They probably had a set-list of songs, but they wandered from any kind of script. When the audience made an offer, they accepted it. In their conversation with the audience they revealed their human side and didn’t try to cover things up when they forgot the words. My wife described them as being authentic, rather than polished and professional. I think these rare performers have grown comfortable with revealing their own story and their own vulnerabilities – even when it’s in the moment on stage!

As an audience at a music festival, we respond to a musician’s authenticity in the same way we respond to the ‘humanness’ we sense when an Improv Troupe co-creates a story without a script. When most people imagine themselves on stage improvising without a script, they say things like, “I could never do that! The thought of that is terrifying!” But, as we know, with a little practice, anyone is capable of improvising.

My friend Chris Corrigan recently wrote something that could be applied to any practitioner – facilitator, leader, performer, whoever …

“Action comes from accepting offers. When an offer comes to you you can accept it or block it. Blocking it kills the action. Accepting it moves it forward. When we are working in complexity, waiting for the failsafe plan leads to inaction because there are more blocks than acceptances. In contrast diving into a safe fail mindset means committing to action and refining it as you go.”

When you are in the spotlight, Accepting Offers takes courage and it might make you feel vulnerable – and open to criticism. Don’t worry though, people watching you might just glimpse the authentic-you. Accepting Offers, vulnerability and authenticity are intwined and create fertile ground for empathy and connection between minds. 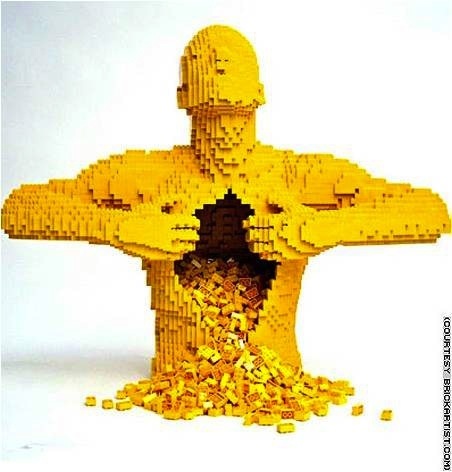