What I’ve Noticed on other Blogs 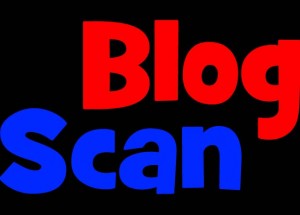 we20 on the SurfCoast

“With the news of the G20 meeting in London ringing in our ears, 15 of us met on Friday 3 April to have our own we20 meeting. We firstly explored our challenges and decided upon utilising this crisis to stimulate change in the world for better – particularly in relation to consumerism and new models of economy as our focus.”

“The connections between we20 and Worldly Leadership are evident in that both attest to a way of seeing the world and living in the world and sharing responsibility for our part in it.”

“The trouble is, in the real world, these action planning sessions (Commitment Ceremonies) often feel pretty deadly and inauthentic. They tend to assume the following:

– That action is what is needed now, as opposed to say further reflection
– That the people in the room are uniquely empowered to act, when frequently they aren’t
– That everyone’s nicely aligned and all are agreed on what should happen

… and Johnnie’s recommended option is …

“Here’s what I tend to find more satisfying in a lot of contexts. Instead of focusing on actions, I try to get groups to be clear what point they have reached, in a way that means everyone speaks and gets heard. So we might have a round where everyone gets a chance to check in, perhaps responding to a very open question that let’s them choose to report what they’ve learnt, what they’re concerned about, what they see happening next… without a sense that only “action” is to be the focus.”

“On the surface, Open Space is a simple process: seat people in a circle, introduce the theme, open the space, allow self-organisation, write some reports, develop some actions, close the circle. Yet it sits on a foundation of deep awareness of how people relate to each other, their passions and their responsibilities. It approaches who is present, and why, when and where they work based on complexity and self-organising systems. It is, indeed, an ‘operating system’ for these tricky, sometimes chaotic, times.”

“In this short presentation below, Twitter co-founder Evan Williams talks about a similar idea: growth coming from unexpected uses invented by users themselves. The presentation itself is simple and short (you can see some snaps I took below), but mainly I thought the topic itself was interesting and timely. I don’t know if there is really a “right way” to Twitter (see this David Pogue article), but it’s certainly a segment of social media that is misunderstood in spite of its simplicity. My favorite part of Twitter? Being limited to only 140 characters.”

“The problem newspapers face isn’t that they didn’t see the internet coming. They not only saw it miles off, they figured out early on that they needed a plan to deal with it,”

What have you noticed lately that’s worth sharing?